The flight team just put together these return flight deals from February onwards. As you will see late June/July is crazy expensive as the team predicted.

If you missed the email a few days ago about the layovers in Singapore for June/July check it out here. 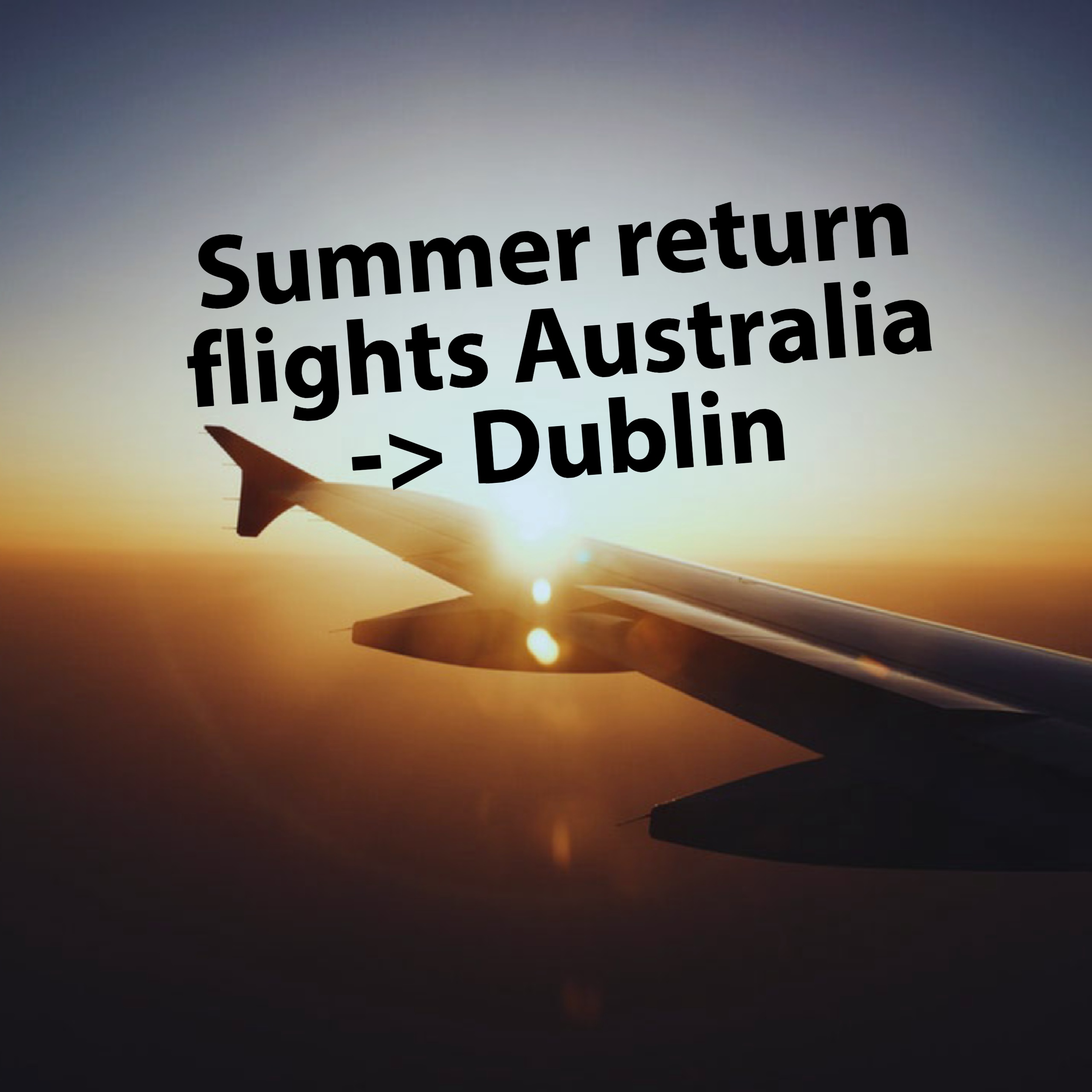 To get a quote email [email protected] with:

Exclusive deals for you:

Now onto the flights. These are all return airfares to Dublin:

7 Reasons to book with Irish Around Oz flights:

**Fares from Darwin must be paid in full at time of booking (they are not eligible to lay-by).**

Don’t forget to check out the new job board