When you’re very far from home, it is always a great relief to know that there are people who know and understand exactly what you feel and are willing to help you in times of need.

Having the support of such people can definitely help ease the transition and make you feel as if you have never left your beloved homeland at all.

Fortunately, for us Irishmen and women living in Australia, this is something they can expect from quite a number of GAA clubs in Oz. 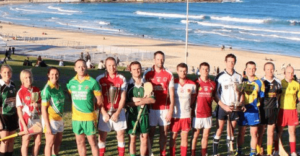 If you’re moving to or have just recently moved to the Land Down Under, take comfort in the fact that there are numerous GAA clubs scattered across Australia.

Not only they promote Gaelic games and Irish culture, they also conduct outreach programmes for Irish people living in Oz.

If any of these are incorrect or not active anymore please let us know by contacting us or send us a message on our Facebook page. :)

First off, let’s start with Western Australia, which is considered the most popular destination for Irish emigrants because of its booming mining and construction sectors. At present, there are 11 GAA clubs in WA. They are:
•    Morley Gaels
•    St. Finbars
•    Western Shamrock
•    Southern Districts
•    Greenwood
•    Coastal Breakers
•    Imokilly
•    St. Gabriels
•    Michael Cusacks
•    Perth Shamrocks
•    Sarsfields

* Easts Celts GFC – based in Brisbane.

GAA Clubs based in Victoria

Darwin, meanwhile, has a lone GAA club, the Darwin Shamrocks.